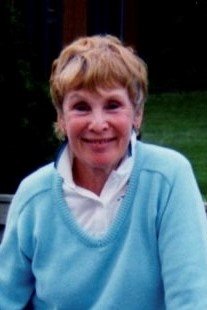 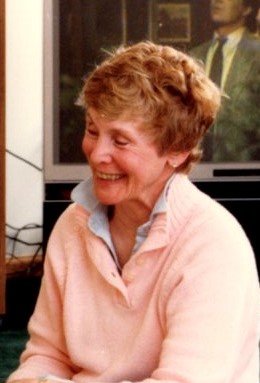 Mary Elizabeth (Cullen) Hagedorn, 94, of Oxford and Washington, NJ, died on Sunday October 18th in hospice care. She was born August 25, 1926 in Paterson NJ to John and Mae (Geisler) Cullen.

She attended Paterson State College before marrying Harvey Hagedorn in 1949. She and Harvey lived in Washington NJ for nineteen years and then Valley Road in Mansfield Township near Mt Bethel for the past fifty-two years where they raised their four children.

She was an active fan and participant in the many sports that her children participated in and an enthusiastic fan of the Washington Blue Streaks basketball team that her husband coached for many years. As a young woman she commuted from Clifton to Manhattan where she worked for Mars Inc. in the Empire State Building. In Washington she worked for NJ Bell Telephone and Verizon.

Mary was an avid reader and instilled that plus a spirit of doing your best in her children. Later in life, she took up golf and became the woman's club champion in her 60s for four years at Harker's Hollow Golf Club in Phillipsburg NJ. After retiring from Verizon Mary did volunteer work at the American Cancer Society and at her local library. She continued to play golf with her husband and grandchildren into her 90s.

Mary's long and full life will be celebrated at a private ceremony.

Share Your Memory of
Mary
Upload Your Memory View All Memories
Be the first to upload a memory!
Share A Memory
Send Flowers
Plant a Tree