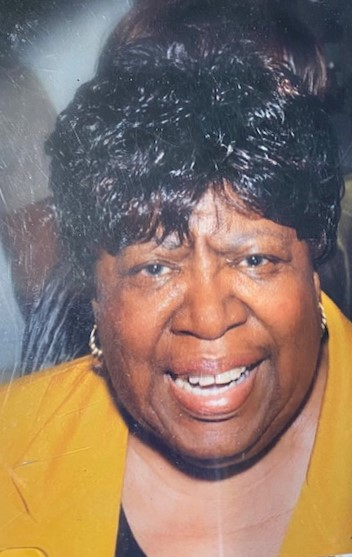 Gloria Dean Bullock was born May, 18, 1931 to George and Mabel Brown in Morristown NJ. Deanie as she was affectionately known was educated in the Morristown School District and went on to study Social work at Morris County Community College. Gloria also received her LPN License from MCCC, received her real estate license from Weichert Morris County and her cosmetology license.

Deanie found Christ at an early age going to church with her mother and siblings to Bethel AME in Morristown. She later joined Calvary Baptist Church in Morristown where she was on the Usher Board, Missionary Board and was a faithful Deaconess.

Gloria married Reverend Simeon Bullock on June 26, 1949 and was married until his death in December 2002.

During their marriage Gloria was First Lady at Macedonia Missionary Baptist Church in Bridgewater NJ and during the 10 years that her husband pastored there she was active in all aspects with the success of the Church.

During her later years in Christ she was a member of First Baptist Church of Anderson where she worked as a faithful servant with the Missionary board and the kitchen committee.

As an LPN, Deanie worked at many of the hospitals in and around the Morristown vicinity including Morristown Memorial (Atlantic Healthcare), Overlook in Summit and St. Barnabas in Livingston. Gloria retired after 50 years doing private duty cases.

Gloria always had a positive approach and if her conversation didn't lift your spirits then a slice of her homemade pound cake would do the trick. If you ever came to her house hungry you were blessed to leave full. Full with love, full with her home-cooking and full with encouragement to last you a lifetime.

A service of remembrance will be offered on Friday November 6, 2020 at 5:00pm at the Knoll-DeVoe Funeral Home & Cremation Service, 142 West Washington Ave, Washington NJ 07882.

Gathering of Family and friends

Share Your Memory of
Gloria
Upload Your Memory View All Memories
Be the first to upload a memory!
Share A Memory
Send Flowers
Plant a Tree