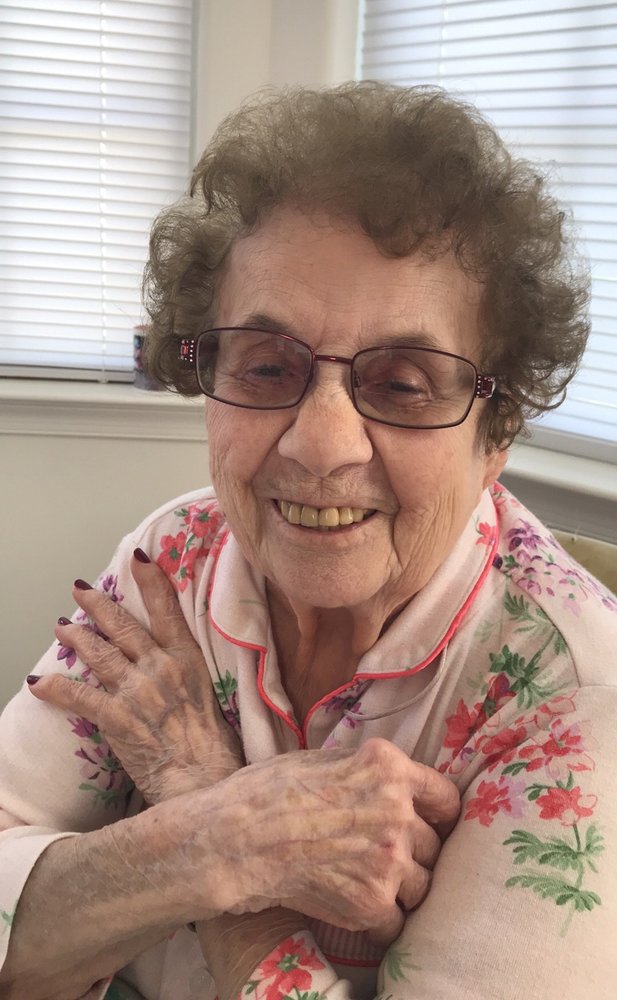 Mary Gurka-Piccotti-DeBenedetto died at the age of 94 at Brakeley Park facility in Phillipsburg NJ, where she had been a resident since February 2020.  She passed quietly after a short illness.  Mary was born in Wilkes Barre PA on April 4, 1927 the daughter of John Gurka and Pauline (Kosko) Gurka.  A beloved Mother, Wife, Grandmother, Great Grandmother and Aunt.  Mary was the last surviving family member of her generation.

She moved to the Washington NJ area in the early 1950's with her husband Albert Piccotti and their two year old son.  Mary worked hard all her life.  At one time as

co-owner of Albert's Inn, Washington NJ.   After her divorce in 1959 it became necessary for her to work two or three part time jobs to support herself and her son Albert Piccotti.  Her last employment was with M&M Mars in Hackettstown NJ.

She married her second husband Domenick DeBenedetto in 1972.

Even though Mary worked hard she still found time to be involved in her son's activities, including serving as Cub Scout den leader.  She enjoyed gatherings with family and friends to play cards, listen to music and dancing.  She spent as much time as possible with her Grandchildren Scott and Charissa.  Because she was raised in a Russian Orthodox home, she made sure to pass on these traditions to her Son and Grandchildren.  Mary was an excellent cook. At Sunday dinner, you were just as likely to have Kielbasa and Pierogies, as you were to have Lasagna or Steak.

She will be missed by all whose lives she touched, but leaves a lifetime of fond memories for all.

All services will be held privately by her family.

The family requests in lieu of flowers, donations be made in the name of Mary P.D. Gurka to: Lions Eye Bank of Delaware Valley, 401 North 3rd Street Suite 305, Philadelphia PA,19123.

Share Your Memory of
Mary
Upload Your Memory View All Memories
Be the first to upload a memory!
Share A Memory
Send Flowers
Plant a Tree