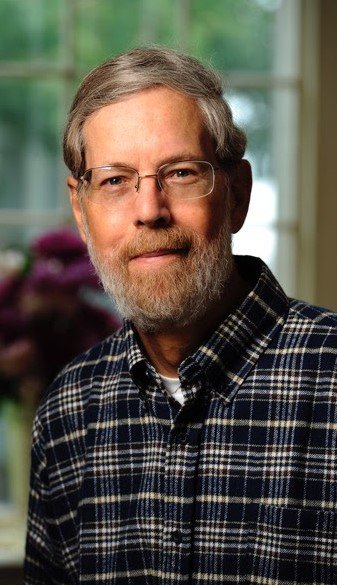 Richard Charles (Rick) Engborg, 70, of Asbury, New Jersey died peacefully at home with his family on Tuesday, June 15, 2021.  Born in Hempstead, Long Island, New York on March 15, 1951, Rick was the son of Robert Engborg and Alfhild Gulbrandsen Engborg.  With his sister Lisa, he grew up in Carle Place on Long Island, Endwell in upstate New York and Gaithersburg, Maryland.  His father was an IBM engineer, installing some of the first mainframe computers, and his mother was a talented homemaker from a large musical and artistic family, so Rick was introduced to a wealth of experiences that helped shape his wide-ranging interests.

As a boy, Rick was a competitive go-kart racer and golfer, and enjoyed Boy Scouting, rising to the honor of Eagle Scout.  In high school he golfed, swam and played football for Gaithersburg High, and had a variety of summer jobs, the most exciting of which was working for a company that made a small piece of equipment that went on the first moon landing in 1969.  At Allegheny College he majored in history, was advertising manager for the college newspaper, and formed small businesses with friends, including publishing college phone directories and running a food co-op.  He made a small core group of dedicated friends who have remained important throughout his life.

After college, Rick took a variety of manual and retail jobs, living in Maine, the Washington DC area, Denver, and Hoboken, NJ.  Everywhere he worked, he was valued for his reliability, unfailing ethics, and problem-solving ability.  In the late 1970’s he became manager of a furniture store on Fifth Avenue in Manhattan, where in 1980 Becky Jewell, who was in New York pursuing an acting career, joined the staff.  They became work friends, then best friends, and in 1985 they married.

Rick decided on a career in information, and earned an MLS at Rutgers School of Information and Library Science in 1986.  He entered the field of telecommunications, working for AT&T, Lucent, and Alcatel-Lucent.  He began as a specialist in the Information Research Center, but as his expertise grew, he did competitive analysis for the companies.  His career took place during the exciting era of the development of wireless and cellular telecommunications, and he had a very satisfying work life with colleagues he enjoyed and respected.

He and Becky had two children, Amanda and Andrew, and brought them up in Warren County, New Jersey.  The great tragedy of his life was the death of five-year-old Andrew in an auto accident caused by a drunken driver in 1995.  His quiet dignity and emotional steadfastness helped him lead his family through that devastating time, and earned him the deep respect of all who witnessed it.  He was a great father, exposing his children to a broad knowledge of the world, and challenging them to high standards, but also being funny, playful and affectionate.

He was proud of Amanda’s successes and delighted in her marriage to Christopher Murphy and the 2020 birth of their son Noah.

Rick’s involvement with the First Unitarian Fellowship of Hunterdon County was an important part of his life since 1990.  He served on the Finance Committee and the Committee on Ministry, was part of the church’s volunteer service to the NORWESCAP Food Bank, and was a senior high youth advisor for many years.  The friendships he made there have been sustaining him through the long illness that changed his life in his retirement years.

Predeceased by his parents and son, Rick is survived by his wife Becky, daughter Amanda Murphy, son-in-law Christopher Murphy and grandson Noah; sister Lisa Engborg Roberts, her husband Ross Koeser, and her children Sarah Roberts and Will Roberts; mother-in-law Irma Jewell and siblings-in-law Anne Ederington, Judy Jewell, Joe Jewell, Jan Jewell, and John Jewell; nieces and nephews Benjamin Ederington, Josh Ederington, Emily Penfield, David Freeman, Matt Jewell, Ryan Jewell, Mason Jewell, and Emma Jewell, and their spouses and children; and a host of Gulbrandsen, Fay and Jewell cousins who have been close to Rick through good times and bad and have added fun, connection and meaning to his life.

Knoll-DeVoe Funeral Home is making final arrangements.  Interment will be private at Greenwich Cemetery in Stewartsville, New Jersey, alongside son Andrew. A memorial service will be held July 11, at 2:00 p.m. at the First Unitarian Universalist Fellowship of Hunterdon County, with details to follow on the Knoll-DeVoe website.  The family thanks everyone who has helped Rick through his illness, particularly Compassionate Care Hospice and his kind aides. In lieu of flowers, donations may be made to the Association for Frontotemporal Degeneration  Please Click Here to Donate.

Share Your Memory of
Richard
Upload Your Memory View All Memories
Be the first to upload a memory!
Share A Memory
Send Flowers
Plant a Tree