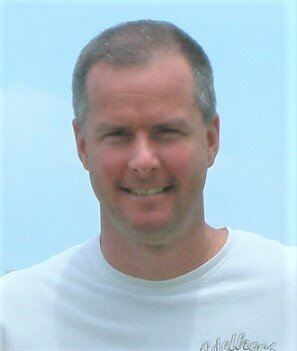 Robert “Bob” Itterly, 58, of Easton, Pennsylvania passed away on October 15th, 2021 surrounded by his loved ones. Robert was born on July 10th, 1963, to parents Robert Joseph and Barbara Ann (nee Moninghoff) Itterly. Bob grew up in Milford, New Jersey and graduated from Delaware Valley High School in 1981. Bob fell in love once and that was to his devoted wife Sheila Itterly (nee Kelson). Bob and Sheila have spent the last 38 years living life together. They married on June 25th, 1988, and built a life and raised their sons, Zachary and Dominic, and their daughter, Madison.

Bob was a member of IBEW Local #375 and worked as a Power Plant Operator for Calpine Energy in Bethlehem, PA, with over 35 years in the industry.  Bob was outgoing and loved to laugh and make people laugh, especially with a good corny joke, and he wasn’t afraid to strike up a conversation with anyone he met. He had a worldview of life, he knew there was much more out there than his dot on the map. People and cultures of all kinds fascinated him and he enjoyed learning about them. Bob loved his family over anything else in the world, but if he wasn’t with them, you would find him biking or swimming in the river. Bob was a 7-time triathlete and participated in several 5K runs and a motocross. He was an excellent mechanic and loved fixing things and making them useful again.  He enjoyed riding his motorcycle just to enjoy the day, and taking trips with friends on rides to Tail of the Dragon, The Iron Butt Challenge, and cruising through Canada and down the East Coast with his brother. He was a lifetime member of the American Motorcycle Association. He was a problem solver by nature and was always willing to lend a helping hand, or the right tool, to get the job done.

Bob appreciated and had a unique perspective of the beauty of nature. He loved the outdoors, whether it was riding his bike, walking by the river, chopping wood, or grilling and smoking something delicious to eat.  Every year for Thanksgiving Bob would smoke a delicious turkey and anyone who walked through the door was invited to enjoy it. Some people love to cook because they love to eat, which Bob did, but he mostly enjoyed preparing meals because it meant he could gather the family together to spend time with the people who meant the most to him. His favorite times in life were spent with his wife and kids especially on family vacations to places he wanted to explore with them. He was also the proud godfather of Richard, and Kate was his favorite mother-in-law.

Bob’s inner circle was small, but his ripple effect in life was much larger than he could have ever imagined. He was and always will be his family’s superhero.

A gathering of family and friends will be held on Wednesday October 20th from 5pm until 8pm at Knoll-DeVoe Funeral Home & Cremation Service, located at 142 West Washington Avenue, Washington, New Jersey, 07882. A service of remembrance will be held on Thursday October 21st at 11am at the funeral home. Interment will follow at the Summerfield Methodist Cemetery. A gathering of friends and family for food and fellowship will follow at Summerfield Methodist Church Fellowship Hall adjacent to the cemetery.

In lieu of flowers, donations in Bob’s name may be made through IN MEMORY OF for Temple University Hospital- Jeanes Campus, Click Here to Donate , for the phenomenal care they gave him while he was there.