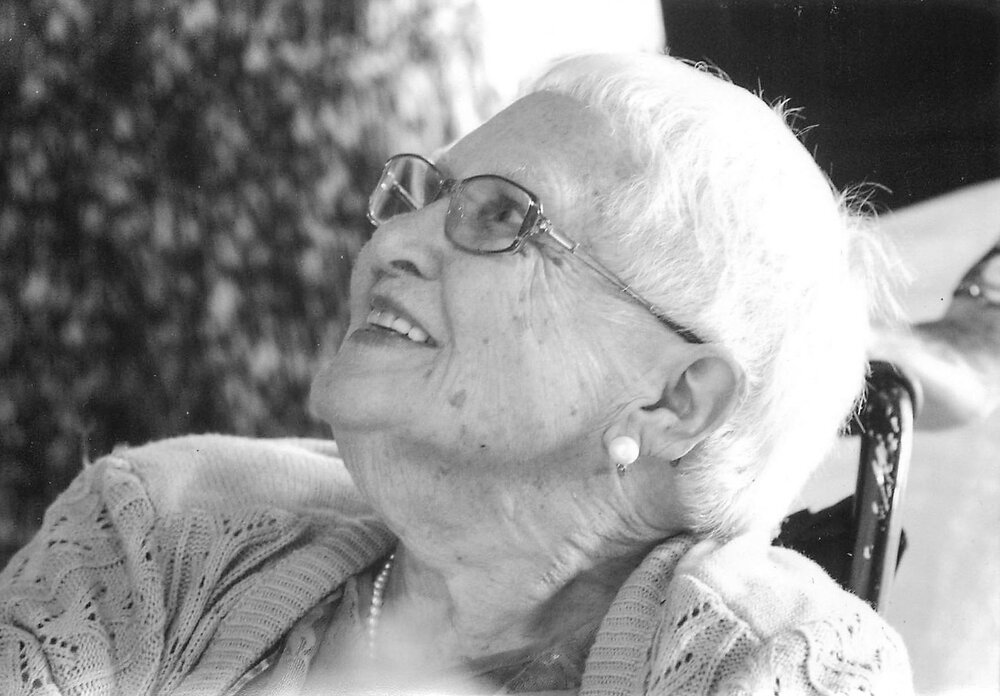 Obituary of Edna May Bodine

Edna May Bodine, 88, of Washington, NJ, passed away peacefully, surrounded by her family on Tuesday, November 9, 2021.

Edna was born on August 4, 1933 in the family home to parents Ella and George Bigley. Edna was the youngest of four children; brother Vincent and sisters Betty and Mildred. Tragically, her mother died shortly after giving birth and Edna was raised by her Aunt Mildred and Uncle Russel Cruts. She grew up in Bloomsbury, NJ and graduated from Phillipsburg High School in 1952. She worked as a secretary and soon thereafter met and married the love of her life, Donald Bodine. They had three children, Ron, Tom and Donna.

Edna was a loving mother and hard worker. While raising her family, she handled the bookkeeping and other matters for her husband's business. Later, she worked for the Washington Gardens Apartments for 39 years.

Edna was involved in the lives of her children and grandchildren and an avid spectator of all of their sporting events. Over the years, she attended more than 600 games, matches and events to cheer on her family members. Edna was affectionately known to all the teams as "Gram". She pushed herself to continue this involvement, even after her husband's sudden and tragic death in 2007.

Edna was an avid reader and always carried a novel or two with her. She also loved the beach, especially Myrtle Beach where she and Don would vacation with their daughter and son-in-law. She was content to soak up the sun, enjoy the warm water and read. She also enjoyed an occasional trip to Atlantic City and the excitement of the casinos.

Edna will be forever missed by her son Ron and his wife Penny, her son Tom and his wife Debra, her daughter Donna and her husband Al. She is also survived by her brother-in-law Richard Bodine, sister-in-law Joan Trevarro, sister-in-law Betty Pulsinelli, six grandchildren Lauren, Brad, Elizabeth, Meredith, Bryce and Jack, and three great-grandchildren Madelyn, McKenna and Bray.

In lieu of flowers, donations in Edna's name can be made to Hunterdon Hospice.

Services for Edna are being held privately in accordance with her wishes.

Share Your Memory of
Edna
Upload Your Memory View All Memories
Be the first to upload a memory!
Share A Memory
Send Flowers
Plant a Tree