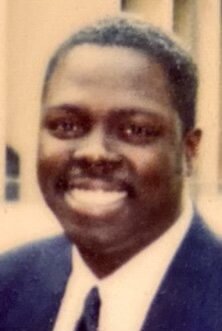 Born in Brooklyn, NY on May 10,1961, Neal was the son of the late Loretta Rhodes and the late Claude Pullette.

Neal attended Brooklyn College and was a NYC Police Officer for ten years.  Before that, Neal was a New York City Corrections Offer on Rikers Island.  Following his career in law enforcement, Neal again changed careers opting for a safer and more lucrative occupation as a Plumber.

Neal loved comedy movies and all action movies, particularly, those belonging to the Kung Fu genre with Bruce Lee being his favorite kung fu action star.  He also enjoyed listening to his music and reading his Bible daily.  He will be greatly missed by all who knew and loved him.

A graveside service and inurnment will take place at the Rockville Cemetery in Lynbrook, NY at 11:30 am on Friday, Decemeber 17th.

Share Your Memory of
Neal
Upload Your Memory View All Memories
Be the first to upload a memory!
Share A Memory
Send Flowers
Plant a Tree