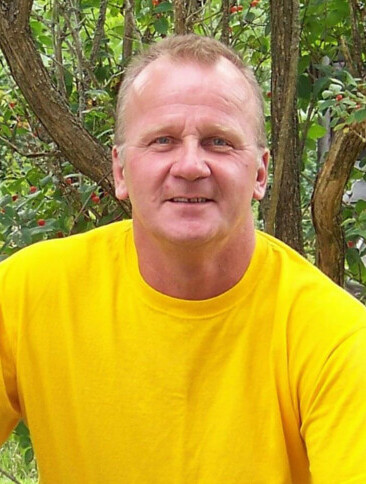 Obituary of John A. Arno

John Arno, 64, of Oxford, New Jersey peacefully passed away on December 11th 2021.  John was born April 4th, 1957 to loving parents Mary Simpson and Stanley Arno in Potsdam, New York. He graduated from St. Regis Falls High School in 1975. John was the father of Philip and Robert Arno his two sons for whom he was forever grateful. John loved his boys and tried his best to instill his values and wisdom in them each and every day. Most recently John worked for Yusen Logistics as a forklift operator.

John would say that his biggest accomplishments in life were that of raising two excellent sons, but they would disagree and insist that the biggest accomplishment John had was back in 2012 when he defeated cancer. John enjoyed spending time in nature and liked to fish and kayak and loved spending time in the mountains of upstate New York. John was also quite the amateur photographer and you could find photos from autumn in the Adirondacks to the burning rubber of tires at the end of a Nascar race somewhere in his collection of photos. John was also a big New York Giants fan and passed that on to his sons. John could often be found strumming away at his guitar in his spare time or catching a re-run of his favorite western or the greatest Patrick Swayze movie ever made, Roadhouse. John loved his family and friends and will be forever missed by everyone who had the pleasure of knowing him.

John is survived by his two sons Philip and Robert Arno of Port Murray and Oxford New Jersey, brothers Larry, Stan, and Brent Arno of New York, sister Sherry Martin of Florida, cousin KellyBrabon Buckland of New York and many nieces and nephews.

John is predeceased by his beloved Fiancé Donna M. Savacool, and his Parents Mary Simpson and Stanley Arno.

Flowers and donations for John may be sent to 31 Academy Street Oxford, NJ 07863.

Share Your Memory of
John
Upload Your Memory View All Memories
Be the first to upload a memory!
Share A Memory
Send Flowers
Plant a Tree