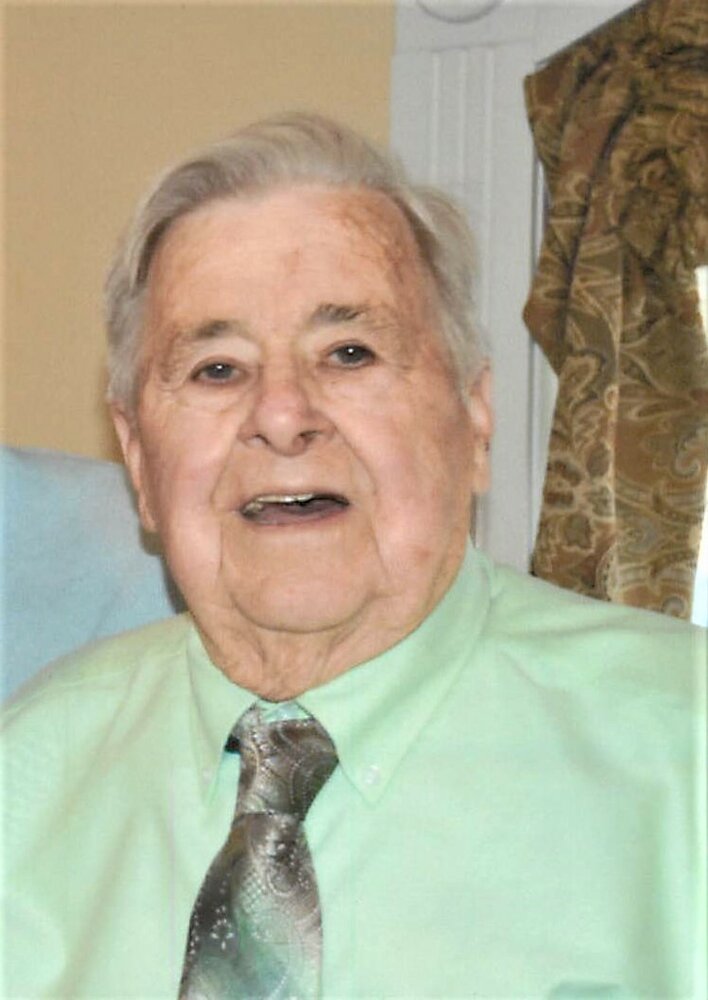 Edward J. “Ted” Elder, 92, of Lebanon Township, New Jersey passed away peacefully at his home surrounded by his family on January 3rd, 2022. Ted was born on May 10th, 1929 in Bayonne, New Jersey to parents James and Rose Marie Elder. Ted was a World War II veteran and served his country as a medic as part of the occupied forces in Japan. Following his honorable discharge from the Army Ted married the woman of his dreams Joan Cruts, and together they shared a fantastic 66 years. Ted and Joan had two children James and Catherine. He was an amazing father and truly had a one in a million personality. Ted was extremely outgoing and lived each day always trying to bring some joy to others. Ted worked at the Hunterdon Developmental Center for 24 years and retired as the Chief Engineer 28 years ago.

From an early age Ted was an active member of the community and was a founding member of the Butler Park Volunteer Fire Company, where he volunteered for many decades. Ted, being born during the golden age of music, was a huge fan of Frank Sinatra and found a love of music through him. Ted was a member of the Silver Belles and Beaus as well as a choir member at St. Ann’s Catholic Church, where he was also a parishioner. Ted was a man strong in his faith and earned the rank of 4th degree Knight in the Knights of Columbus chapter at St. Philip and St. James church and was also a member of their Over 50 Club. Ted also served as the President of the Golden Age Club at St. Mary’s Catholic Church in Alpha, New Jersey. Ted loved to surround himself with friends and family and always lived life to the fullest. And if Ted wasn’t busy enough he was also a member in the Washington Township senior group.

Ted is predeceased by his parents James and Rose Marie Elder, and his Brothers James and Jack Elder.

Ted will be forever missed by his beloved wife Joan Elder (nee Cruts); son, James Elder and his wife Alyson, Daughter Catherine Elder and her wife Lisa, Sister Audrey Paraskevas, Grandchildren Christopher Elder, Megan Hill and her husband Jeffrey, and Brittany Friedel and her husband Justin. Ted is also survived by 6 Great-Grandsons and many Nieces, Nephews, and dear friends.

Visiting for Ted will be held on Friday January 7th, 2022 from 4pm to 7pm at the Knoll-DeVoe Funeral Home & Cremation Service, located at 142 West Washington Avenue, Washington, New Jersey 07882. A Mass of Christian Burial will be offered the following morning Saturday January 8th, 2022 at 10am at St. Ann’s Catholic Church, 6 Church Street, in Hampton, New Jersey.

In lieu of flowers donations in Ted’s name may be made to the Hunterdon Healthcare Foundation, Please Click Here to Donate.