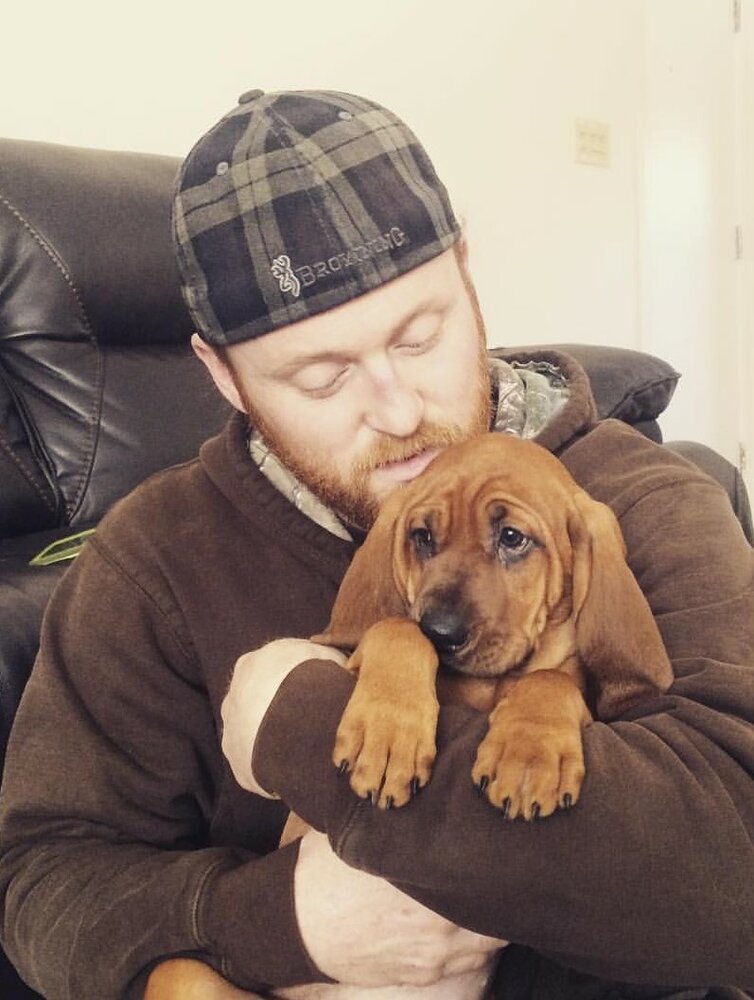 Kevin Charles Schiereck, 36, of Oxford, New Jersey passed away unexpectedly on April 11th, 2022 at his home. Kevin was born on March 15th, 1986 to loving parents Kimberly Schmiedeke and Lawrence Schriereck in Freehold, New Jersey. At just 4 weeks old Kevin moved to Oxford where he was raised and made many lifelong friends. Kevin attended Warren Hills Regional High School, and most recently has been working as a team leader and climber for a landscaping company.

Throughout his life, Kevin adored children and loved all animals. As a young boy he bred Cockatiels, Love Birds, Discus Fish, and even hatched and raised Oriental Golden Pheasants. Later he favored coonhounds as pets and adored Coonie, Kate, Lady, Rebel, Nala and most recently Annabelle who Grammy will love and give the best life possible without her Daddy. Kevin was an avid hunter and loved the outdoors and all it had to offer. He was a marksman, a gun enthusiast, and could place any shot with a rifle or a bow. He had even won awards from the NYS Big Buck Club, the Oxford Sporting Annual Archery Competition where he placed first, and held the New York State record for a trophy buck in 2017. Kevin also enjoyed snowmobiling and 4-wheeling, and during the winter he would hit the slopes to ski and snowboard. Kevin was also a spirited ice hockey player and was a fan of the New Jersey Devils and the Boston Bruins. When indoors Kevin’s passions were drawing and DJ’ing and he loved mixing EDM setlists.

Kevin will be forever missed by:

Countless extended family members and friends he loved with all his heart & who will hold him forever in theirs.

His favorite home away from home was Oneota, NY where he made forever friends who quickly became family he loved dearly and who love him.

In lieu of flowers donations in Kevin’s name may be made to ShatterProof, Please Click Here to Donate or may be mailed to Shatterproof, 101 Merritt 7 Corporate Park 1st Floor, Norwalk, CT 06851.

Share Your Memory of
Kevin
Upload Your Memory View All Memories
Be the first to upload a memory!
Share A Memory
Send Flowers
Plant a Tree