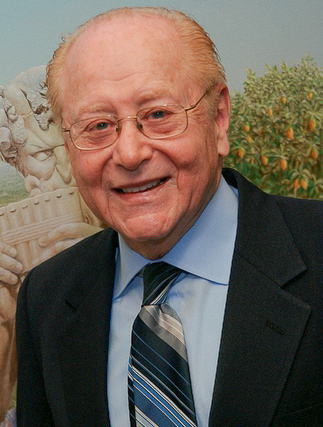 Seymour Press, a Behind-the-Scenes Fixture on Broadway, Dies at 98.

He started playing in Broadway orchestras in 1957, and eventually he began recruiting those orchestras as well.Seymour Press, who for more than 60 years served an important role — though one that went largely unnoticed by audiences — in dozens of Broadway and Off Broadway shows, first as a member of pit orchestras and later as the person who assembled those orchestras, died on Monday at an assisted living facility in Hackettstown, N.J. He was 98.

His daughter, Gwynn Press Anidjar, said the cause was advanced myelofibrosis, a bone marrow cancer.

Mr. Press, known as Red because he had red hair in his younger days, played multiple instruments, including saxophone; he first sat in a Broadway pit for the 1958 musical “The Body Beautiful,” one of the first shows to feature music by Jerry Bock and lyrics by Sheldon Harnick. In the mid-1970s he began taking on the demanding job of musical coordinator (also called music contractor), although he continued playing in orchestras well into the 2000s.

His primary duty as coordinator was hiring orchestras for shows. But he also scheduled rehearsals, made sure musicians were paid, handled issues between their union and management, and ironed out all manner of problems.

“The guy who waves his arm is the music,” he said in a 2018 episode of the podcast “Behind the Curtain: Broadway’s Living Legends,” referring to the conductor. “Everything else that has to do with the orchestra is me.”

For 28 years, he filled that role for the Encores! revival series at New York City Center; he announced his retirement only this spring. He was also working on Broadway until just a few months ago, receiving the coordinator credit on the current productions of “The Music Man,” “Funny Girl” and “Into the Woods,” all of which opened this year.

In 2007, he received a Tony Honor for Excellence in Theater, which recognizes outstanding achievement in theater by those who do not qualify in a traditional Tony Award category.

Seymour Press was born on Feb. 26, 1924, in the Bronx. His mother, Rose (Guttman) Press, was a homemaker, and his father, Arthur, was a salesman and “a frustrated musician,” as Seymour Press put it in the podcast. His father’s cousin, he said, played the saxophone and introduced him to the instrument; Mr. Press later added flute, clarinet, piccolo and others to his arsenal.

Mr. Press graduated from DeWitt Clinton High School in the Bronx. In his second year at what is now the City University of New York, he enlisted in the Army. He had expected to be drafted, he said, so when he saw a poster recruiting for the Army band, he bit.

He spent his service playing for troops as they shipped out of Newport News, Va. It was, he said, both a safe assignment and good music training.

“I went in an amateur saxophone player,” he said on the podcast. “I came out a professional.”

After mustering out in 1946, he toured with various bands, small-time ones at first and eventually those of Tommy Dorsey and Benny Goodman. But by the mid-1950s, big-band music was fading; “the musical style I thought would last my lifetime was gone,” he said. He married Nona Gwynn Holcomb in 1957 and began looking to trade life on the road for something at least somewhat more stable.

“The Body Beautiful” didn’t last long, but in 1959, Mr. Press found himself in the pit for a show that did: the original production of “Gypsy.”

“Not only was it the first hit show I had,” he said, but it was also “the first time I could look at myself and say, ‘I’m going to be working 52 weeks a year,’ which was a big thing.”

Mr. Press’s wife died in 2021. In addition to his daughter, he is survived by a stepson, Edward Finkenberg, and two grandchildren.

In his decades as a pit player and musical coordinator, Mr. Press saw lots of change: orchestra sizes and instrumentation varied, the pits moved (often to create more seats), and sound engineering became more sophisticated. He also fielded his share of odd requests. On the podcast, he recalled being asked to recruit a trio for one production: cello, violin, piano. But, the director told him, not just any players would do.

“He wanted one to be tall and thin, one to be overweight and one to be very short,” Mr. Press said. “That was a problem.”

Mr. Press got an insider’s view of countless shows, but his tastes weren’t infallible. He remembered working on “Annie 2: Miss Hannigan’s Revenge,” a sequel to the 1977 smash “Annie.” He first heard it at a backers’ audition.

Audiences at the pre-Broadway tryout in Washington in 1990 disagreed.

Article written by Neil Genzlinger and Published 10/28/2022 in the New York Times.

Share Your Memory of
Seymour
Upload Your Memory View All Memories
Be the first to upload a memory!
Share A Memory
Send Flowers
Plant a Tree