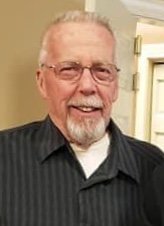 his loving parents, the late Francis and Edna Earl Garland.

Tom was a long-time resident of Oxford, NJ.  He married the love of his life the late Teresa

Garland (Fernandez) on April 23, 1967. Tom loved his country and served bravely and

honorably during the Viet Nam War in the United States Army from 1965 to 1967. He received

along with his brother-in-law the late Tony Fernandez started Layman’s Contracting, the family

business of 48 years. One of Tom’s proudest moments was when his son Thomas E. Garland Jr

joined him in running the family business until his passing in the year 2000. Tom was a Charter

and Life Member with the Oxford Emergency Squad and volunteered for many years. He was

also a past member of the Oxford Volunteer Fire Department.

Tom loved his children and grandchildren with all his heart. He enjoyed camping and the many

trips he took with his family and friends throughout the years. Tom had many hobbies and

enjoyed being outdoors especially fishing and flying drones. His greatest enjoyment was raising

and racing pigeons. He was a licensed pilot and enjoyed flying Cessna airplanes. He was a

hardworking man a great provider for his family and was always there for them. Tom was a

nieces and nephews, as well as “honorary uncle” to many. He will be missed by all who knew

Tom is survived by his loving son, Tony Garland and his wife Marie from Mt. Bethel, Pa and

In addition to his parents and wife Teresa, Tom was predeceased by his son, Thomas E. Garland

Relatives and friends are invited to attend a visitation with the family on Friday evening April 9,

States Army will take place at 6:30pm honoring Tom for his dedicated service to his country. At

7:30pm members of the Oxford Emergency Squad will have a service to honor Tom for his

dedication and unselfish service with the Squad.

Burial will be private.

Share Your Memory of
Thomas
Upload Your Memory View All Memories
Be the first to upload a memory!
Share A Memory
Send Flowers
Plant a Tree